Home/Pushup My Day/800 HP Bronze Lamborghini Urus With Mansory Carbon Kit Is Worth $500,000

The Lamborghini Urus is easily the most famous performance SUV in the world, but it’s not peerless. German twin-turbo SUVs have begun to give it some trouble. While the Italians still don’t offer any performance gains, you can always drop $500,000 on a tuned version.

This is the Lamborghini Urus P820 Venatus by Mansory. Even though the Internet has almost unanimously decided it’s ugly, we counted at least four others that must have been sold already. If your target is to confirm you’ve got way too much money to spend, it really gets the message across.

The highlight of this particular build is the Bronzo Zenas paint finish, which is synonymous with another expensive Lamborghini, the Aventador SVJ Roadster, which presented this particular metallic shade at its Geneva 2019 debut.

That being said, we don’t see the Bronze Zenas setting any Nurburgring records, even though it’s trying to look ready for track use. The YouTube video by RoCars captures the essence of this insane carbon fiber widebody kit. The front looks like the mandibles of some alien insect. It’s impossible to miss the carbon hood or the fact that fender flares have been installed.

But the real fun is at the back. There, we see an oversized wing sitting over the middle of the trunk lid while a diffuser inspired by the Centenario looks somewhat silly, given that this is still a high-riding SUV. Meanwhile, the central exhaust has three connecting diamond-shaped tips. You don’t see something like this very often. 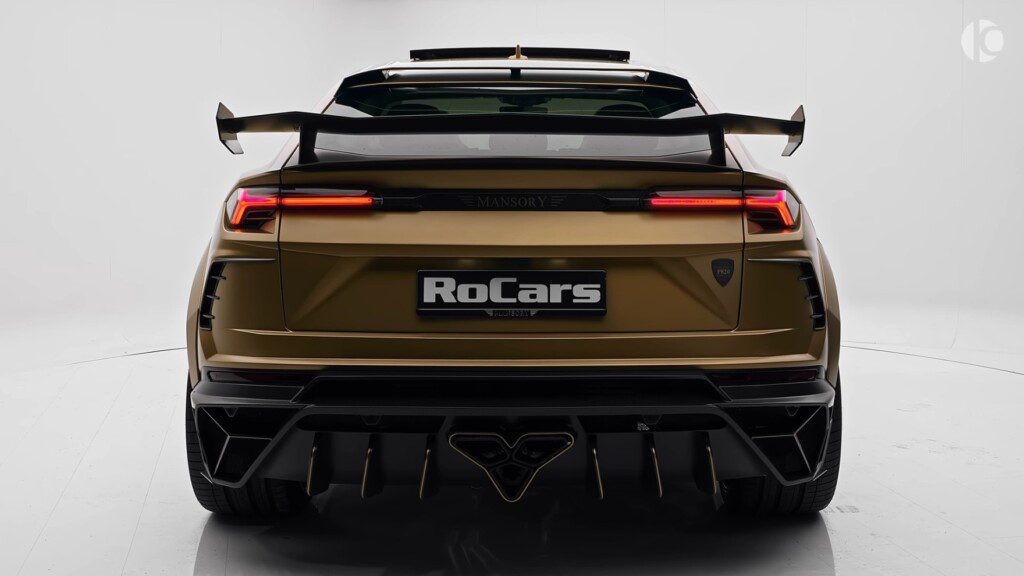