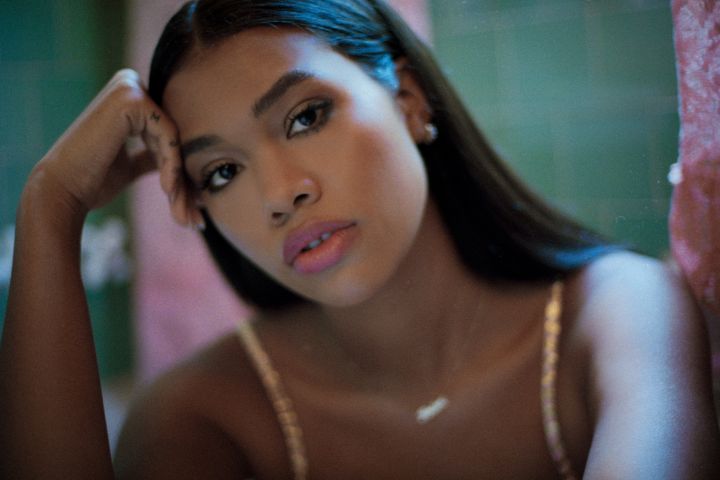 When Amber Mark grew up listening to Sade, she never knew she’d one day be covering one of her songs for a music video. The 24-year-old artist got her start in 2016 after uploading her first song to Soundcloud and ending up on the iTunes homepage shortly after. Her debut EP, 3:33am dropped in 2017, and before she kicks off her tour this month, she’s got one more trick up her sleeve: a music video for “Love Is Stronger Than Pride,” made famous by Sade but given a modern twist by Mark.
“You want to make sure you’re still respecting the person who originally created the song,” she told me. You’d definitely recognize the song. Mark has a similarly slow and easy voice that stays true to the original while drawing in a 2018 audience with a few added synths and beats.

“We wanted to do something really simple, we didn’t want to do anything too detailed, mainly because we were really trying to just focus on the song,” Mark said. “We wanted something that was just me walking down the street of New York City…We went to Chinatown to shoot it and it was supposed to just kind of be a video of me contemplating what that song is about.”