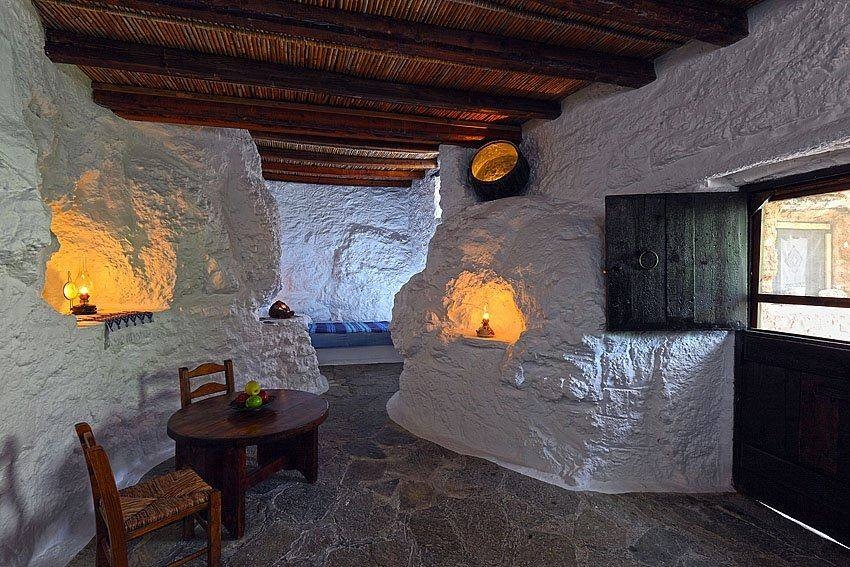 Aspros Potamos is known to be the most ancient settlement in the area of Pefki. It is located in south-east Crete, a thousand meters above sea level and the coastal village Makrys Gialos. The area is famous for its natural beauty, which comprises of numerous unspoiled beaches, traditional picturesque villages, and its four magnificent gorges. It is an ideal location, since the area combines both beaches and mountains covered by lush greenery and endogenous pine, olive and citrus trees. It is thought that early Aspros Potamos was originally much larger; however, probably the constant attacks and raids from pirates forced the inhabitants to abandon the settlement. So, they sought refuge in the higher mountain ranges, where it was more safe and isolated and they used the settlement to house their life stock during the harsh winter months or they would venture down in order to maintain their vegetable gardens. The old inhabitants of Aspros Potamos are considered to be the first settlers of the mountain area of Pefki. This comes as no surprise, since the location is spectacular with densely covered mountain sides and valleys giving an intense green foliage. The valley on the south side reaches all the way up to Analipsi and the stream Aspros Potamos, which the settlement takes its name from, runs through it.

Nowadays, all the relics and the old stone and soil built houses have been renovated and fully restored. The settlement of Aspros Potamos has been characterised as traditional and its authenticity is protected by the Greek government.

The architecture of the area is typical to south-east Crete. The stone built houses (10 in total) are in harmony with nature and the guest will feel as if living in the old times. The houses were built 300 years ago and they were last renovated in 2011. The decoration is simple and plain using traditional objects such as small tables, old wood, accessories for traditional bread making, old woven fabrics and pots and pans. Beds made from stone, original windows and bedrock walls, ceilings of crossed beams, use of straw and soil for insulation, all help to create their traditional style. The houses are connected by a network of traditional stone paths. Thick outer walls made of stone and rock keep the houses cool in the summer and warm in the winter.

In respect for nature and the environment, Aspros Potamos uses only renewable energy sources. We have installed a solar photovoltaic system which has won the first European Award for Greece. This solar system generates its own electricity which is used to illuminate the grounds and gardens, reading lamps above beds, bathroom light, and also refrigerators in the kitchen. Also hot water for the shower is generated with this system . Candles and oil lambs provide the main lighting in the houses. There are no electrical sockets in the houses. At the reception room our guests can charge any electrical appliance. In the same room there is a library, internet and WiFi network. All free of charge.

In a time when the destruction of our natural environment increases daily, Green Tourism has becomes a reality and an ideology for us, our mission being to minimise this destruction by making ecology a way of life, and by using only natural renewable energy sources for our daily needs.

To support the belief that beauty lies in simplicity and not exaggeration, we have restored the old settlement Aspros Potamos with respect for the original features and intervention and renovation was kept to a minimum. Many nature lovers, hikers, mountaineers, and people simply looking for something different on their vacation, visit us every year. The location is ideal for those looking for tranquillity and relaxation and it combines country and sea holidays.

A visit to the Pefki Gorge, which starts from the village Pefki and ends at Aspros Potamos is without a doubt a must, during your stay. The guest house is also suitable for Yoga or Tai Chi seminars, and painting course, etc. 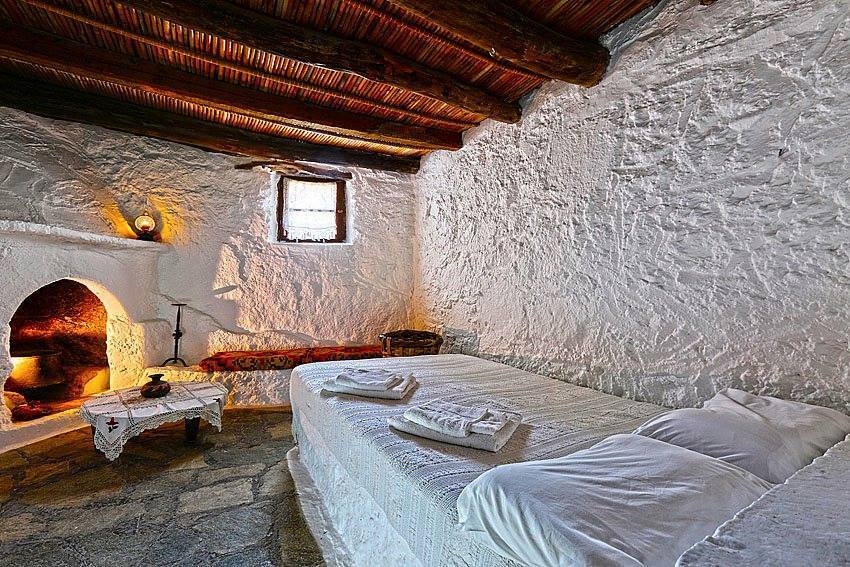 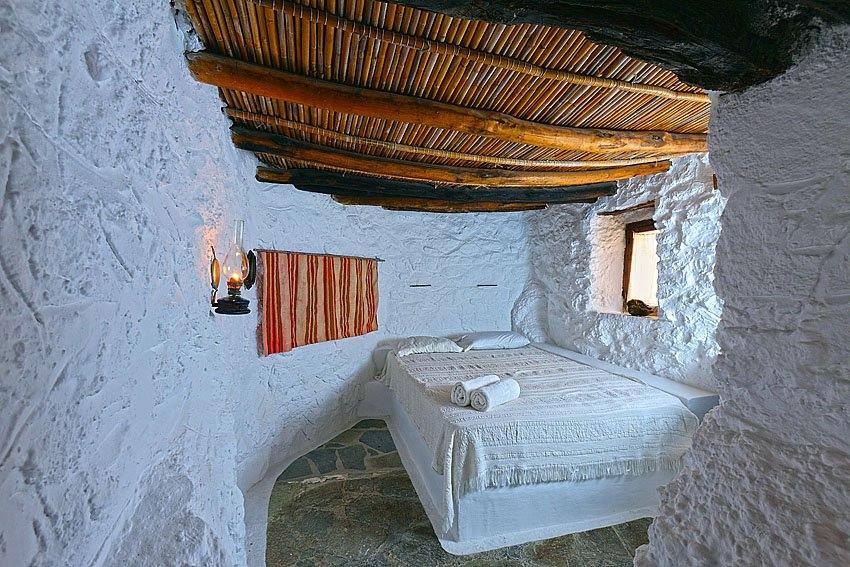 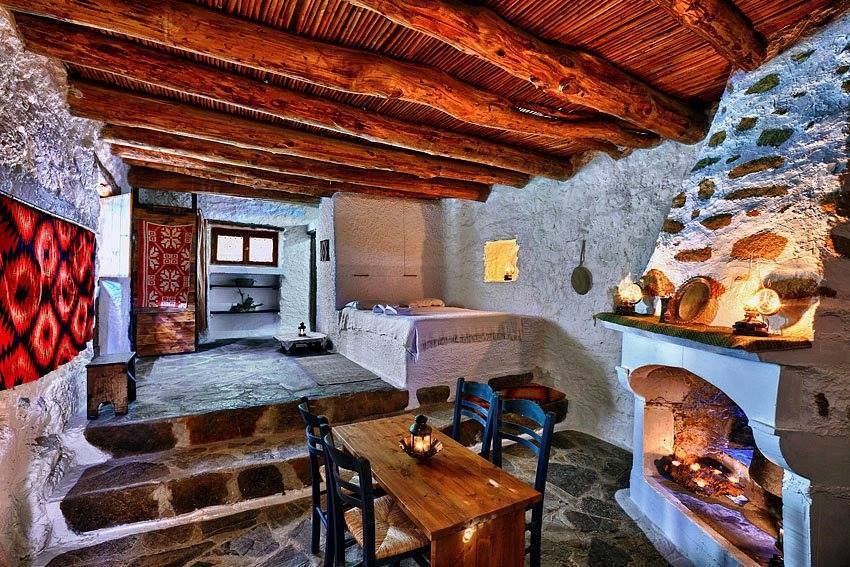 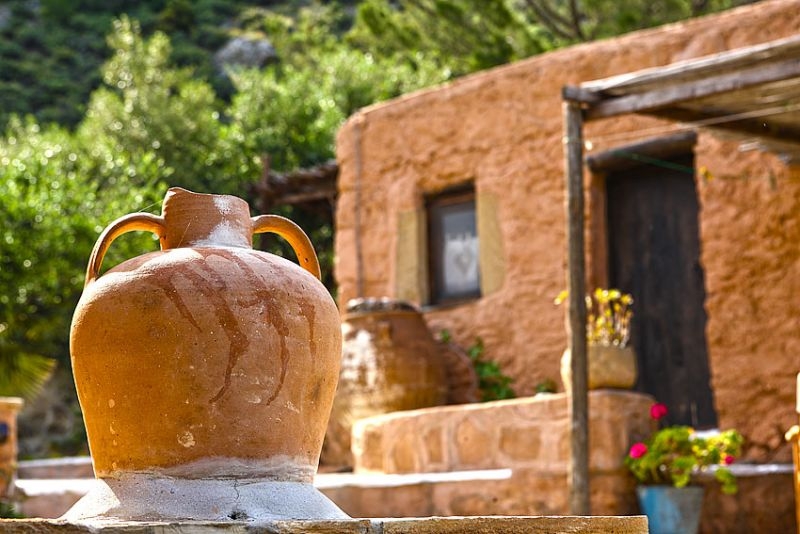