What happens next at Louis Vuitton men’s is the biggest open question in fashion. Since Virgil Abloh’s sudden passing last November, the men’s artistic director role has gone respectfully unfilled, while the collection schedule just keeps rolling on. The spring 2023 show in Paris next month promises to be a closely watched event; it’ll be the first show following what functioned as a pair of memorials, one in Miami just days after Abloh’s death, and the other in Paris in January.

Abloh had made a practice of lookbook reveals for his LV pre-season lineups; there’s only a handful of other men’s brands in the habit of doing so. Pre-seasons, for him, provided a chance to extrapolate on the heritage label’s famous logo; and the sensibility of the clothes was more casual than on his runways, where he often focused on tailoring and silhouette building. But if his intentions during the pre-seasons were micro, their impact was inevitably macro. The pre-spring collection he showed a year ago was a showcase for his second collaboration with Nigo. When the Japanese streetwear pioneer was named artistic director of LVMH sister brand Kenzo in September, many saw Abloh’s hand in the hire.

According to the press notes circulated with these pictures, Abloh “conceived” the idea for this pre-spring lineup, and it was subsequently “carried out by the creative teams and collaborators with whom he continually worked at Louis Vuitton.” The collection looks of a piece with his previous pre-seasons here, emphasizing the house monogram and prioritizing playful off-duty sportswear over tailoring, though there are some neatly cut trim suits. The PR materials note its “coming-of-age theme” and go on to explain that the 43 looks are divided into two archetypes: the music student and the concert goer.

Music was Abloh’s abiding preoccupation, the source from which so many of his ideas, relationships, and influence flowed. The music student/concert goer distinctions are somewhat nebulous, but the clothes are unmissably Abloh-esque. Picking up on the angel wings of his posthumous fall show, butterfly intarsias decorate knits. The tie-dye that was one of his go-to motifs returns on denim and fleece. And there’s also a midlayer garment—which is what he called the distinctive harnesses modeled on the red carpet by Michael B. Jordan and Timothée Chalamet—only here it’s scaled way up. As for the logo, the bolded treatment looks like the puffy letters of graffiti.

As prolific and hard-working as Abloh was, there are likely brand icons to iterate on indefinitely. The really big question moving forward is just how Abloh’s successor, whenever they are named, will find their way through or around them to develop a language of their own. It won’t be easy. Last Friday, a Louis Vuitton and Nike “Air Force 1” by Virgil Abloh exhibition opened in New York, and next month nine editions of Abloh’s Louis Vuitton and Nike Air Force 1s will be released; they’ll top $2,000 retail and most are expected to sell via pre-order. Maybe this will put the challenge of living up to Abloh’s legacy in perspective: A size 9 Nike AF1 combining the LV monogram and damier check is on offer at the resale site Tradesy. The asking price: $199,999.98. 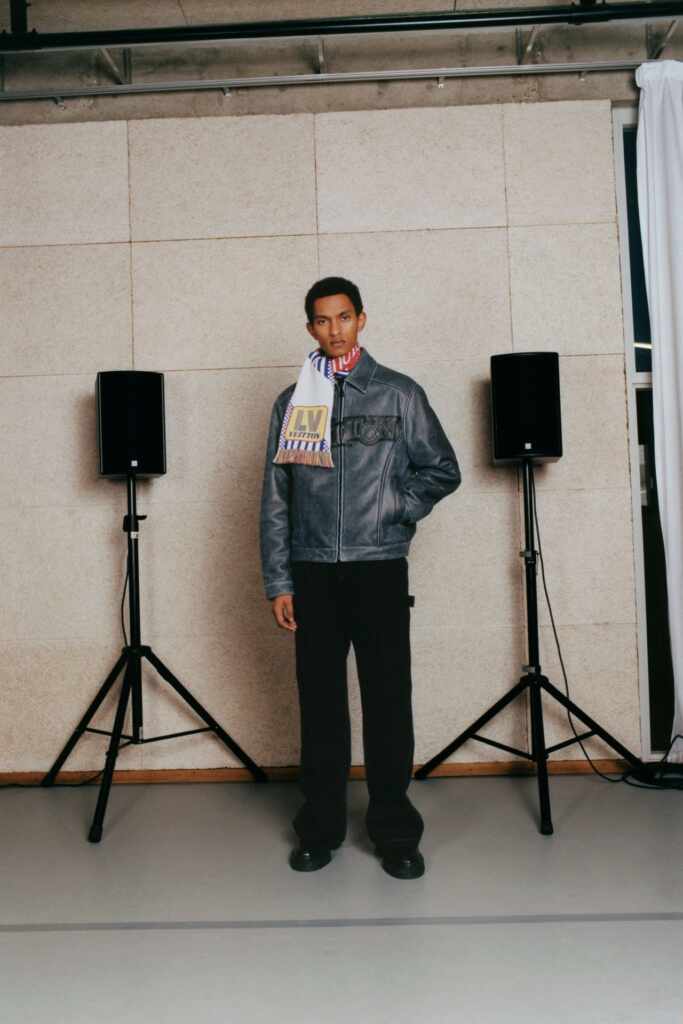