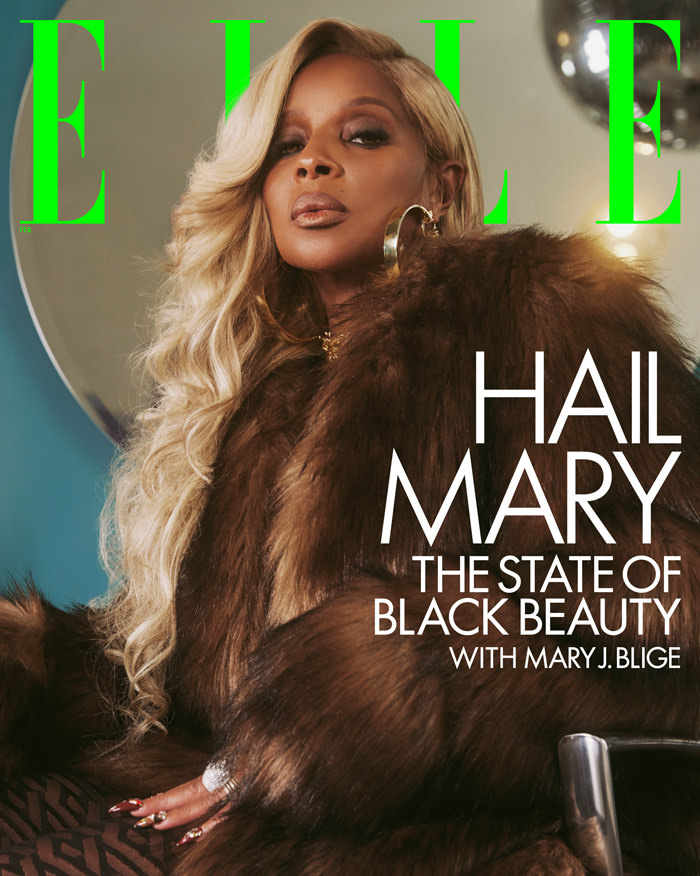 On why she felt uncomfortable in her own skin, attributing her discomfort to a mix of insecurities, including a childhood scar under her left eye and a tumultuous 13- year marriage to her ex-husband and former manager: “If you’ve been beat down mentally by someone, you’re never pretty enough. You’re never smart enough. Nothing’s ever good enough.”

On starting out in the music industry with a tomboy sartorial slant, and how it was rooted in survival, not aesthetics: “When you have a single mother with two little girls living in the hood, you develop tomboy skills. You become the guys you’re hanging with, but I’m still a girl. I’m a little rougher because my environment is rougher. There’s always something you have to fight for. It was never a comfortable situation for little girls, so we had to be little tomboys to get through that time of our lives. By the time I got into the music business, that’s exactly what I was.”

On how reinvention has been her coping mechanism for escaping ‘hell’ and why she doesn’t think her hair gave her strength: “It’s not just the hairstyles and the clothing and the skin. It’s how I reinvent myself through trials and perseverance. Am I going to quit? No, I’m going to go to the next level. It’s painful to go to the next level because change is hard. But people see me come out and they think, ‘It’s just her skin or her hair.’ No, it’s her. It’s me. I’m really choosing to be a better, stronger person,” she says. The looks are just a bonus. “I won’t say hair gave me strength. I’d say I give my hair strength. Whatever I’m wearing, I’m able to have the strength to carry it now, which I was not able to have in the last layer of my life. Hair is beautiful, but I can’t carry it with confidence if I’m not confident. Because then it’d just be a weave, or it’d just be blonde hair, or my [natural] hair.”

On her upcoming album Good Morning Gorgeous, which drops on 2/11 and how the title has become a daily mantra: “During Mudbound and when I was married, I was feeling so low. I had to pay myself the highest compliments, even if I didn’t believe it, just so I could build myself up. I would do it in the morning, because that’s the time when your hair is not done and you don’t have on makeup. You’re just kind of dealing with yourself for real.” She still wakes up and recites the same words: “Good morning, Gorgeous. I love you. I got you. I need you.”