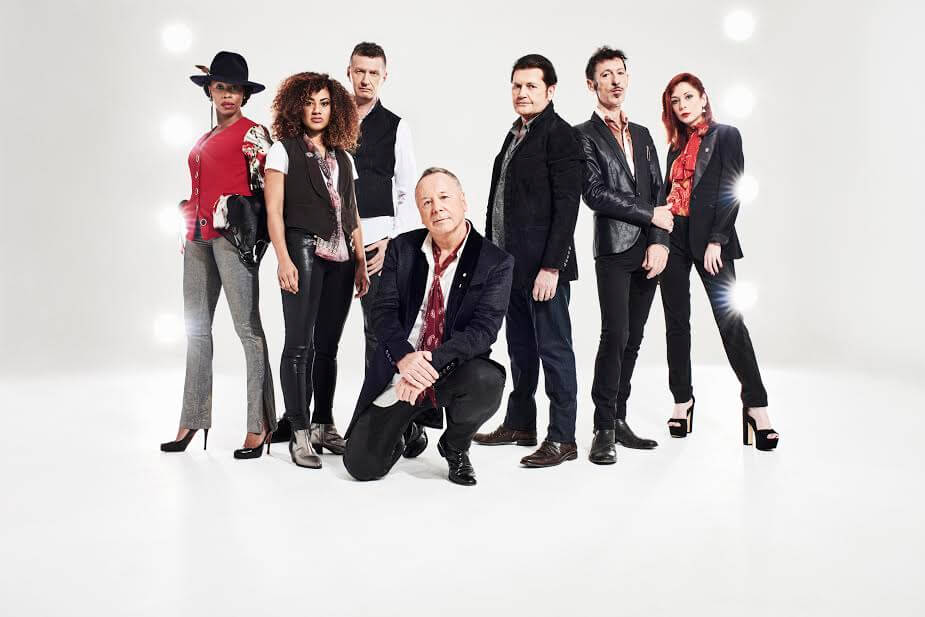 Trendsetter is thrilled to welcome Simple Minds to the 2018 roster with their mesmerizing 3D video for “Magic”, the first single to be taken from their new album WALK BETWEEN WORLDS, out February 2nd .

MAGIC finds Simple Minds at their most instant and anthemic best. It’s a song about faith, especially the faith the band possessed in their own abilities during their formative years. Driven by propulsive drums, and chiming guitars from the band’s six-string hero Charlie Burchill, MAGIC is sure to become another classic in Simple Minds’ revered and hugely influential catalogue.

The accompanying 3D animation video is an outstanding piece of art directed by Argentinian Esteban Diacono. Filmed by using motion capture to record several stages of a dancer interpreting the song in various ways, it features two main scenarios and a masked, model character, who then transforms into smoke and water. Combining clever techniques and mesmerising visuals, it’s a video in keeping with the band’s quest to push their artistry into new areas.

MAGIC will be followed by the release of THE SIGNAL AND THE NOISE, on January 12th. THE SIGNAL AND THE NOISE revisits the glassy guitars and new wave grooves of the post-punk era, a period when a prolific Simple Minds came to cult prominence through their truly groundbreaking albums. Alongside MAGIC it perfectly encapsulates the duality that has kept them culturally significant and artistically relevant for almost 40 years.

Both songs feature on Simple Minds’ WALK BETWEEN WORLDS album, out February 2nd. It was produced by Simple Minds with Andy Wright and Gavin Goldberg, both of whom worked on Big Music. It is an album of two distinct sides, very much the old-school album format that singer Jim Kerr and Charlie Burchill grew up with as music fans. In addition to classic Simple Minds’ anthems and revisiting their new wave roots, the album also explores more cinematic sounds, with the title track and Barrowland Star both featuring dramatic orchestrations recorded at Abbey Road.

In support of the album, Simple Minds will take to the road in February 2018 to premiere WALK BETWEEN WORLDS in three shows, which will be in three parts: a performance of the album, a live on-stage interview and a classic Simple Minds’ set, which will include the band further re-imagining and exploring songs from their extensive catalogue. For fans it will be a very special, one-of-a-kind experience.

In August and September the band will be performing on the GRANDSLAM 2018 tour, playing 13 of the shows with The Pretenders. It will be the first time they’ve played on the same stage since Live Aid – a unique opportunity to see both bands in one night. KT Tunstall will also join them as a very special guest.