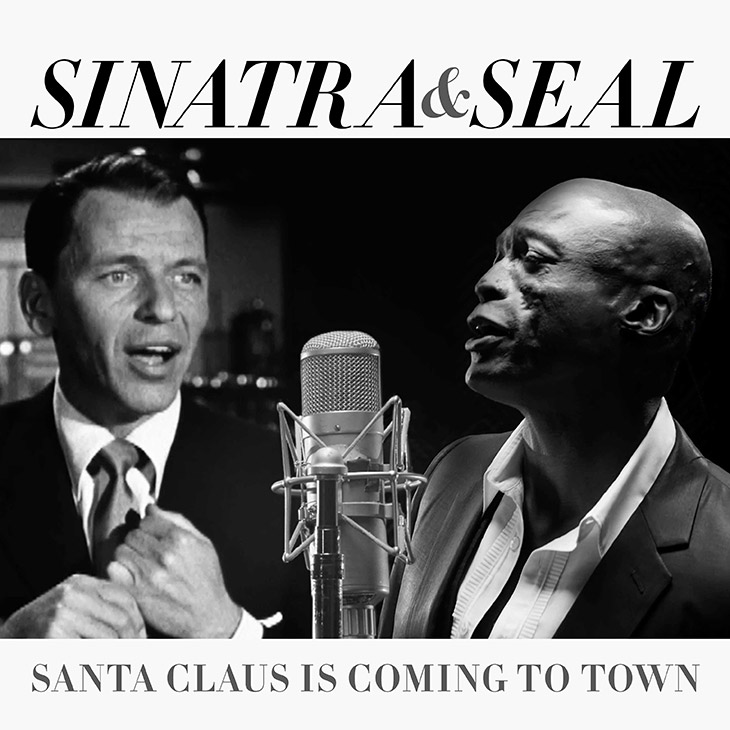 British soul legend Seal sings a remarkable duet with one of the most iconic artists in history, Frank Sinatra, on a new version of the Christmas classic, ‘Santa Claus Is Coming To Town’

The dream collaboration, granted by Frank Sinatra Enterprises, features Seal and Frank, singing their duet side by side, in perfect harmony, creating a unique, one-off single, just in time for the festive period. Originally written by John Frederick Coots and Haven Gillespie, the track was first performed in 1934 and over the years has been covered by over 200 artists, sold millions of copies, and gone on to become the archetypal Christmas standard, known the world over.

The Standards songs were recorded in the famous Capitol Records (the very studio where Frank Sinatra, Dean Martin, Nat “King” Cole and many others have recorded), and United Studios, which was established by Bing Crosby and Frank Sinatra.

It’s a natural successor to his series of soul records, made a decade ago which sold over 5 million copies around the world. Standards bears Seal’s signature, velvety warm vocals bring to life classics made popular by Frank Sinatra (such as ‘Luck Be A Lady’, ‘I’ve Got You Under My Skin’ and ‘It Was A Very Good Year’), Ella Fitzgerald (‘I’m Beginning to See The Light’) and Nina Simone (‘I Put A Spell on You’). Elsewhere, there are lush orchestral moments captured on ‘Smile’ (Charlie Chaplin) and the Cole Porter gem, ‘Love For Sale.’